What I have is the super secret way to keeping your sanity and drinking to a minimum when inviting your Facebook friends to an event.

Did you think this post was something profound and non-work related?

While you ponder all that ‘super secretive’ goodness, I present you with another round of my witty self in video.

Click here to get to my Fan Page and tell me you want all the super secret juiciness!

As I always say, a blog post is so much better when a photo is attached.  This is the supermoon I caught a few weeks ago.  That’s not a shooting star, but an airplane.  But, how cool would that have been to get a shooting star?

It literally pains me to admit that I have failed with taking a photo everyday.  I’ve been so busy, that I hadn’t taken the time to just photograph everything.

I made it past 2 months, but that’s pretty sad considered there are 12 in a year.

Anyway, I’m not going to dwell, and I will continue to take photos and will get back on the horse and make time.

Here we are at a race Chris did.  I love races with playgrounds…makes it so much easier for me….

I’ve come to the conclusion that Sophia doesn’t like to be a baby.  She wants to be a teenager.  She’s 17 months going on 16.  When we go out, she wants to drive the car…and at times will throw a fit.

I can’t fathom what she will be like as she gets older.  I’m just going to trust God on that one, and pray all the time…lol

Lydia was having her usual “I don’t wanna be in picture’ phase, so that’s why she isn’t in these.

He was pretty excited about the monkey bars, until it ripped his hand open.

Waiting to race…I dunno what it is about him on a bike, but it melts my butter!

This is what I picture clouds to be like in Heaven.  If I had any say so, we could eat them, and they would taste like that too! This is the epitome of a Daddy’s Girl!

She loves him so much, and I’m pretty sure the feeling is mutual. 🙂

At the ripe ole age of 5, the attitude comes out at times.

She didn’t like when I told her ‘no’ to something.

She has such sass. I think I have just come to the realization that the weekends are just gonna have to be a combo post.

Our weekends are usually full so editing photos and posting seems to be too much to do…otherwise it would be done.

Here is my beauty.  This is her playful ‘I’m gonna act like I don’t want my photo done, but I really do.” Here he is (the 3rd one) in the breakaway from the pack.  He ended up getting 2nd place.

When I decided to start my venture in Affiliate Marketing as well as Social Media Marketing, I realized how much I needed to retrain my brain.

If you see yourself asking the question “Is this what life is about?  Working 40-60 hours a week for ‘the man’ while I miss the best things in life?” You may want to get this book.  It has been such an eye opener for me.

Why is this not taught in school?

Of course, if I was made to read this in high school, I have no idea if I would have had the maturity to see the value in it.

It truly is an awesome read.

If you  are one of the many who think there is more to life than to work your butt off, and only get a couple of weeks off a year for vacationing, then retain your brain!

I have had many a ‘duh moments’ when I cracked open this book.  It’s so simple, but we make everything so hard.

The past few days have been challenging.

My Sophia Skye is fighting a virus plus cutting teeth!

This is her in middle of a screaming fit.  When I try and comfort her, she runs away.

As miserable as she is, she is still such a cutie. 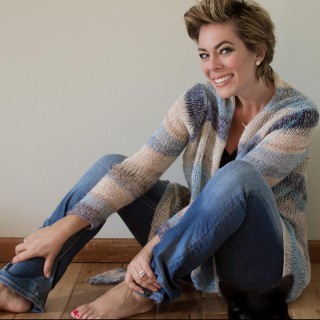 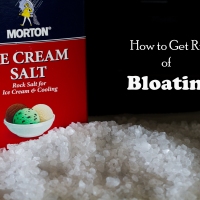